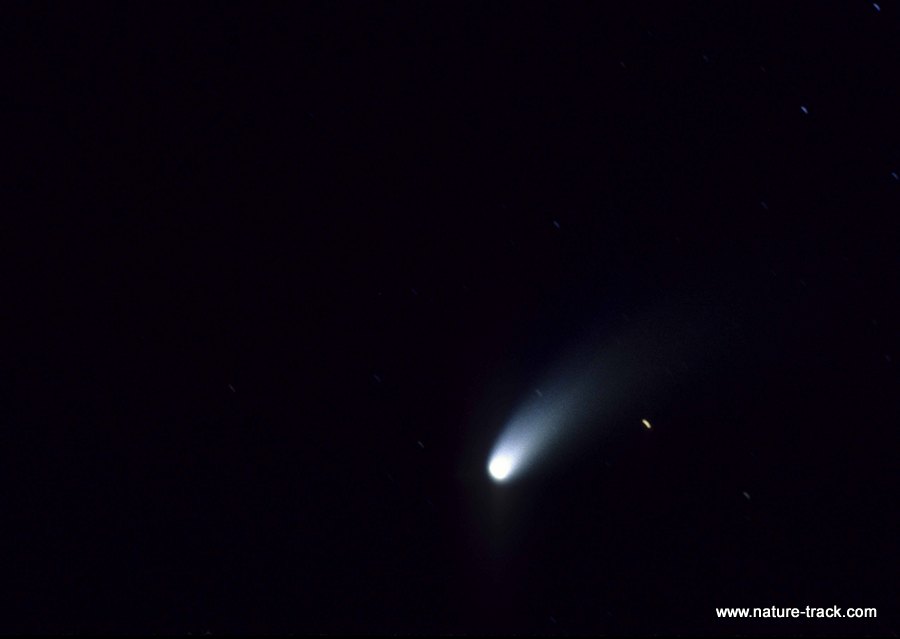 Hale-Bopp Comet photographed in 1997. Could the Star of Bethlehem have been a comet like this one?

Like many folks, I grew up with and have subsequently taught to my children and grandchildren, the Christmas story of the Star of Bethlehem. As the story goes, a new star appeared in the heavens that guided learned men from the East to the Christ child.

However, as we look at the night skies today, we can see about 100 billion stars in the Milky Way Galaxy. What we don’t see is a star that is clearly brighter than the rest, one that points in some way to Bethlehem. Is there a scientific explanation for the star that guided the Magi?  Or was it a true miracle or even just a nice, faith bolstering tale?

One advantage of astronomy is predictability. The movement of the stars, planets and even comets is predictable and measurable. For instance, astronomers can calculate exact lunar and solar eclipse times and locations for hundreds of years in advance and can retrace them through history. Computer modeling can do the same thing for the movement of stars and planets.

It should be a relatively easy exercise for brainy astronomers to replay the night skies as they were 2018-2020 years ago (scholars now mostly agree that Jesus was born between 8 and 4 B.C.). As it turns out, there are astronomical events that could potentially fit the description of a new star as told in the Bible. Among the more popular are meteors, comets, the temporary alignment of planets (called a conjunction) that creates a more dominant overlapping or near overlapping light, or even the birth or death of a star.

One theory has been around since at least the 12th century. This theory holds that a conjunction of the planets Jupiter and Saturn occurred three times in 7 B.C. This theory is interesting and persistent but it has more holes than a backcountry road.

Another theory is that a new star literally was born in a spectacular display. Far Eastern astronomers recorded just such an event in 4 B.C. in the constellation Aquila. Visible to the naked eye, this stellar outburst would have been observable in Jerusalem.

A bright comet appeared in the constellation Capricorn in 5 B.C. Calculations indicate that it would have appeared low in the sky and with a tail pointing nearly straight down. Having witnessed the Hale-Bopp Comet in 1997, I could readily see how a comet could be recognized as the Star of Bethlehem.

Finally, a British astronomer calculated that the perceived movement of Jupiter may have been what the Wise Men saw. Because of the rotation of the earth, stars appear to rise in the east and set in the west. However, Jupiter, with its longer orbit, appears to move backward at times, moving west to east, just as the Magi, whom many believe were expert astronomers, claimed.

I certainly am not erudite enough to unravel this mystery. My thinking though is, let the Bible be the Bible, a spiritual guide and not a science lesson. Merry Christmas everyone.