Nature as a Partner 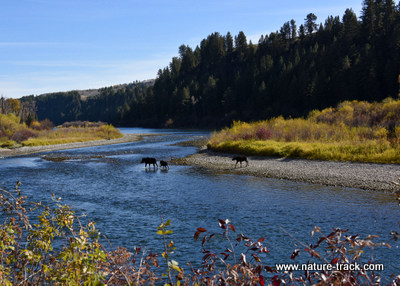 When the flow of electrons suddenly stopped one wintry Sunday years ago, our church meeting was plunged into darkness. With the exception of emergency backup lights shining weakly above the doors and a dozen or more iPads and cellphones now glowing conspicuously in the semi-darkness, light was pretty scarce. We carried on in the murkiness for awhile, but with news that the outage extended from Ucon to St. Anthony, the meeting adjourned and we went home two hours early.

In desperation, I slogged through the mud and checked windows. One small one was not quite closed. With a BBQ brush and a garden tool, I managed to slide it up and squeeze through and my first challenge was over.

Once inside, we prepared for a long outage. As a priority, we ate as much ice cream as we could, realizing it would be the first thing to melt. Then we put on warm clothes, stocked up some water, and called the kids to see how they were faring.

It was a taste of something like Hurricane Katrina and I was excited to test our survival preparation and battle the elements. I was disappointed when the power was restored an hour later.

As a race, we weren’t always this soft. Our ancestors lived in caves, igloos, tepees, and grass houses. There was no indoor plumbing, or outdoor plumbing for that matter. They killed or raised their own food, made their own tools.

They knew not to build where winds would rip or where overreaching tides could sweep them away. If they lived along rivers, they respected the floodplain. They understood that rivers are living things and knew that they would occasionally have to move the camp as rivers changed course.  In short, they lived with nature. They did not have the technology to try to do otherwise.

That slowly changed through time. As our technological abilities increased, so did our arrogance. We came to see nature as something to be conquered, subdued, and altered. I have heard it said that we presumed to correct all of God’s “mistakes”. We took what we wanted and built where it pleased us, without thought of the consequences.

As we approach a new year, perhaps it is time for us to rethink that relationship with a bit more charity. We all want prosperity, but do we crave it enough to ruin what makes our home special? I believe we need to view Nature as a partner, not as a villain or a competitor or even just in the way. We need natural security every bit as much as national security.