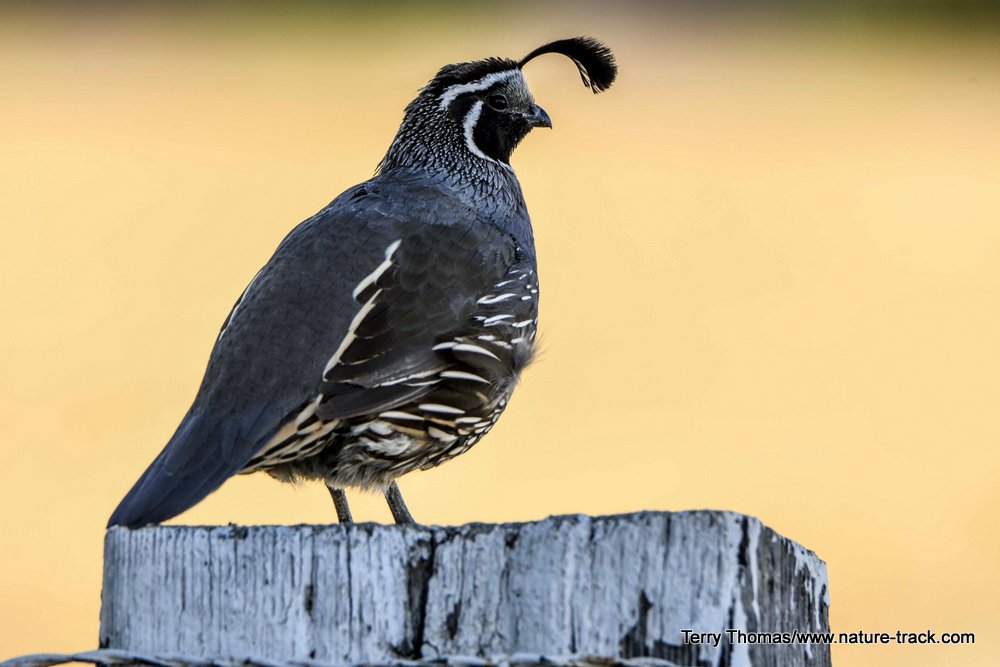 Quail like this California Quail are not native to Eastern Idaho but are native to the west and south sides of the state.

Last week I saw something we seldom see in Eastern Idaho. I was in Caldwell visiting grandkids and saw a California quail. These gamebirds are fairly common across much of southern Idaho and north clear to the Panhandle, but Eastern Idaho has an unsuitable climate for this native bird.

Quail are upland gamebirds of the order Galliformes. According to Encyclopedia Britannica, there are 130 species worldwide, more numerous in more southern climates. They are routinely divided into Old World and New World species. Most are small, weighing well under a pound.

Of the two, the mountain quail is far larger (the largest of the North American quail) and much harder to see in Idaho. You will only find them by hiking the rugged peaks above Hell’s Canyon. The Idaho population (along with one in Central Nevada) is the easternmost and completely disjunct from the main population that runs the length of the three coastal states, California, Oregon and Washington.

A third quail, the Northern bobwhite, has been introduced into Idaho and thrives in some locations in the south and west portions of the state. I have occasionally seen flocks of bobwhites in Eastern Idaho but these are likely releases of captive-raised birds. Even our mild winters are just too bitter for these southern birds and none survive these hopeful attempts to start local populations.

Gambel’s quail, similar in size and look to the California quail and even with the apostrophe topknot, are on the Birds of Idaho bird list but I have never even heard of where one could be seen. As these birds are very southern in distribution, I suspect that the those in the Idaho record were either wanderers or escapees from a private collection.

In the United States there are a total of six species of quail. Besides the ones mentioned, there are the scaled quail and the Mearn’s (a.k.a. Montezuma) quail, once thought to be extinct but now in huntable populations in Arizona and New Mexico.

This has sparked a sporting challenge called a grand slam. For a quail hunter to qualify, he or she must harvest all six species of quail that reside within the U.S. These must be wild birds—pen-raised birds don’t count. Given that no state has a claim to all six species, there is a lot of traveling and hiking involved in collecting a grand slam of quail.

Quail are birds of more open and brushy habitats. They feed mainly on seeds and leaves and are thought of as a delicacy. Occasionally, one gets its revenge though. It seems that quail that have fed on hemlock (a rare situation) may induce acute renal failure in humans because the toxins in hemlock accumulate in the meat.