Alpine Plants have to be Tough 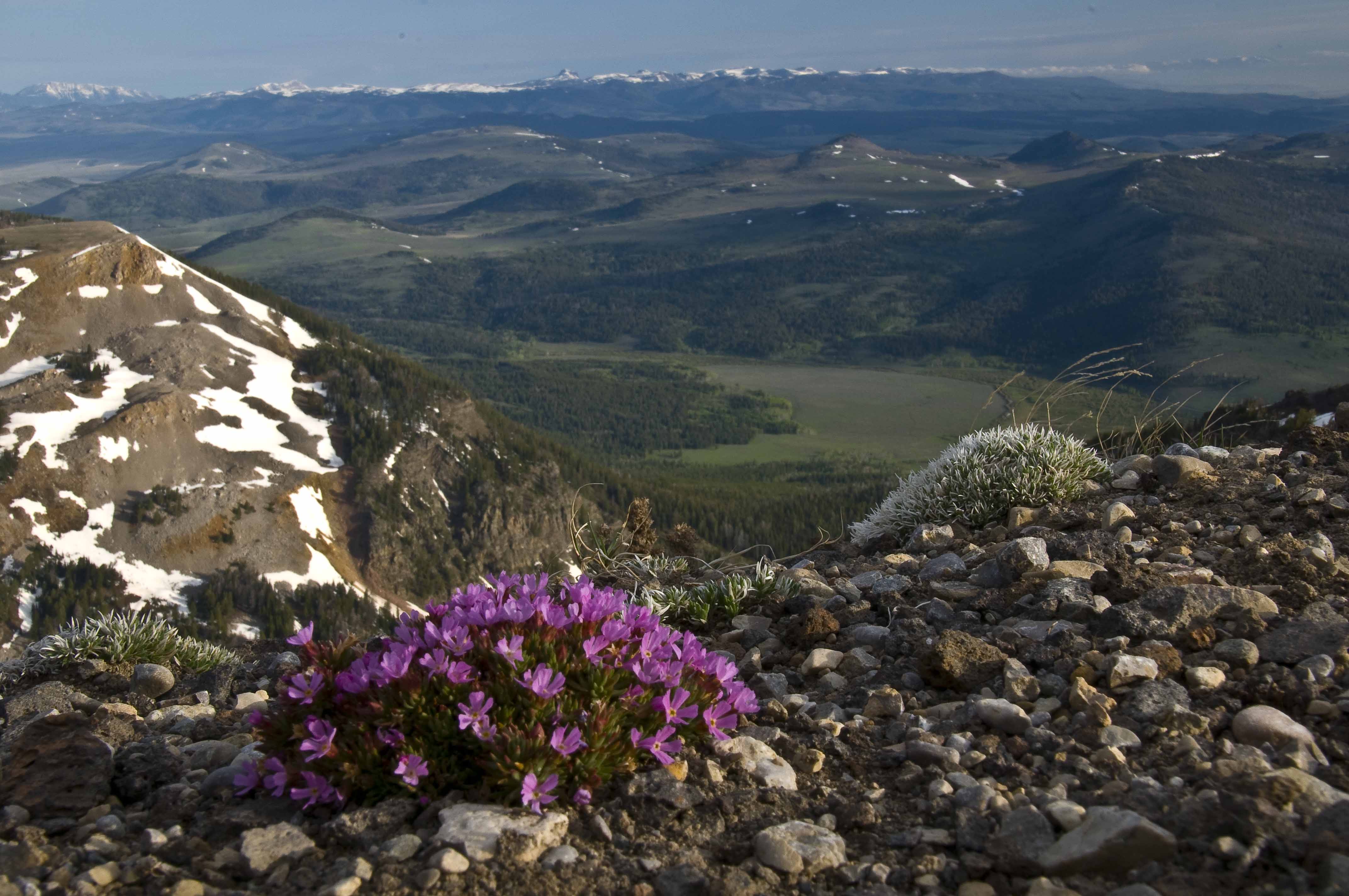 The alpine zone is a beautiful but unforgiving place. Plants that thrive there have many adaptations to withstand the extreme environment.

A dusting of fresh snow on area peaks recently was a reminder that summer in the high alpine country never has more than a tenuous hold there. It flashes like a firework sparkler then its verdant beauty is hidden for nine more months.

While we might think of alpine country as an incredibly beautiful and serene place, it is harsh and punishing for plants that must live there. The growing season is incredibly short and cool, winters bitterly cold and long and the drying effects of wind are often constant. In addition, soils are generally poor and pollinating insects scarce compared to the low country. Plants must have a wide range of strategies to counter these conditions.

The first filter an alpine plant must pass through is freeze tolerance. This excludes about 75 percent of the world’s vascular plants, creating an exclusive club for alpine dwellers. Alpine plants adopt many different strategies to accomplish this end. Some plants produce an “anti-freeze” that allows them to super-cool without freezing. Others withdraw moisture from the delicate cells into the surrounding areas where freezing won’t cause damage.

Still others resist freezing through physical adaptations.  Most alpine plants grow low to the ground with a very compact form. This allows them to take advantage of any heat stored in the ground and keeps them buried under an insulating blanket of snow in the winter. Many alpine plants are also densely covered in tiny hairs that help to protect the plant from temperature extremes.

These same adaptations do double duty, helping to protect the plants from the drying effects of often incessant winds. Another adaptation to fight desiccation is thick fleshy leaves, often with waxy coats.

The struggle against a variable but always short and cold growing season essentially edges out most annual plants. Successful plants are perennials that can store energy and develop extensive root systems that give them a head start once summer’s floodgate opens.

The volume and variety of pollinators decreases with elevation and most pollination in alpine country is accomplished by bumblebees and flies. Flowering alpine plants attract and reward pollinators by producing dense blooms of highly attractive blossoms.

There are early bloomers too. These actually form their flowers the season before and may bloom before the snow has even left. This strategy suffers at times because pollinators are few in the early season but benefits from more time for seeds to ripen and from increased genetic intermixing. After all, with only a few plants blooming, any available pollinator will likely visit all of them.

Depending on sexual reproduction by seed can be a haphazard process in alpine country though and  some alpine plants rely on cloning instead. This can produce plants with incredibly long lifespans, especially for such difficult conditions. One species of alpine carex is estimated to live 2,000 years.

Alpine plants have to be tough, adaptable, resourceful and resilient just to survive. With all the chilly buffetings from the winds of life, I could take a lesson from them.