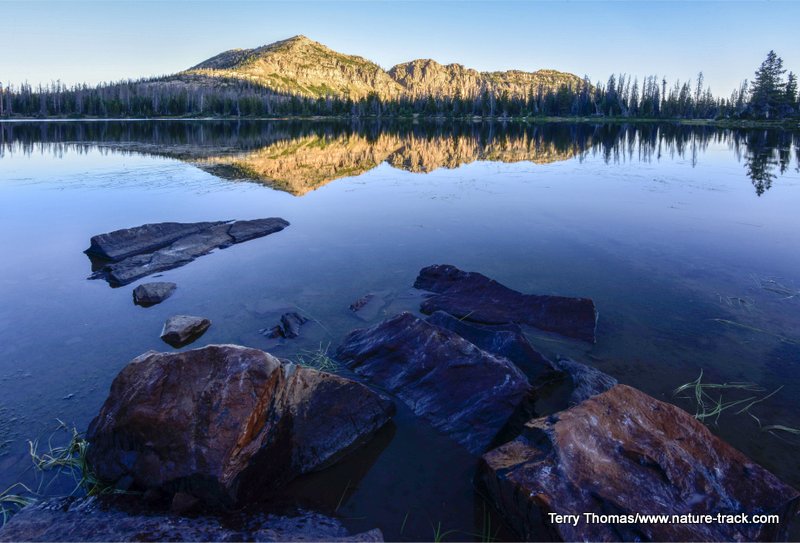 Dean Lake in the Uinta Mountains is a beautiful and popular place. However, I would no longer want to drink the water without filtering it first.

Backpacking in Utah’s stunningly beautiful Uinta Mountains last week found us filtering water from the lake we were camped at. This should have been a pretty simple chore, but like dominoes falling, all three water filters we had brought failed in quick succession. With eight kids and three adults, this was a pretty serious issue. We got the smallest of the three working and soon discovered that keeping a dozen water bottles filled was a full-time job. Soon we had a pot boiling on the stove to augment our efforts. It worked, but I was glad we weren’t there for a week.

I worked in these same mountains for two summers, likely even this same lake, 39 years ago as part of a fisheries research crew. We never filtered or boiled the water. We tried to get our water from springs on the assumption that spring water at its source was purer but on occasion we had to drink right from the lake but we never got sick. I would not do that these days as the human presence at most lakes in the area is over 100 times what it was then (a group of 45 was setting up on the lake we camped at as we left and the parking lot was overflowing).

I arrived home to Island Park to an ongoing battle with water contamination. From Mack’s Inn to Harriman State Park and likely in a much wider area than that, wells were contaminated by coliform bacteria and in some cases, E. coli. Health Department officials indicated that this is a fairly common problem in late summer as the warm temperatures provide conditions that encourage bacterial growth.

Coliform bacteria in itself rarely makes one sick but can be dangerous to those with compromised immune systems, the elderly and infants and may indicate the presence of E. coli. Escherichia coli, or E. coli, on the other hand, is a different matter. According to the Center for Disease Control (CDC), “Escherichia coli (abbreviated as E. coli) are a large and diverse group of bacteria. Although most strains of E. coli are harmless, others can make you sick. Some kinds of E. coli can cause diarrhea, while others cause urinary tract infections, respiratory illness and pneumonia, and other illnesses. Still other kinds of E. coli are used as markers for water contamination—so you might hear about E. coli being found in drinking water, which are not themselves harmful, but indicate the water is contaminated.”

I reached out to a friend in Washington State who is a professional with water systems. I asked him how well-water gets contaminated and his response was immediate: Things done on the surface eventually work their way into the water table. He specifically mentioned new construction, new wells, livestock and pouring chemicals like used motor oil onto the ground. “It all goes down eventually,” he said. Our well log indicates that there is standing water at just 100 feet below (at least in our area) the hundreds of septic systems and homes around us. It doesn’t seem implausible that contaminants could make it down that far.

We have laws designed to protect our drinking water. We should be grateful for these laws. However, like most things in a free society like ours, enforcement efforts usually target only the most flagrant offenders. For the rest of us (over 50 percent of us depend on ground water for drinking), it is our personal responsibility to do our part in protecting the water we all depend upon. This is truly a case where individual acts, positive or negative, can and do make a difference.