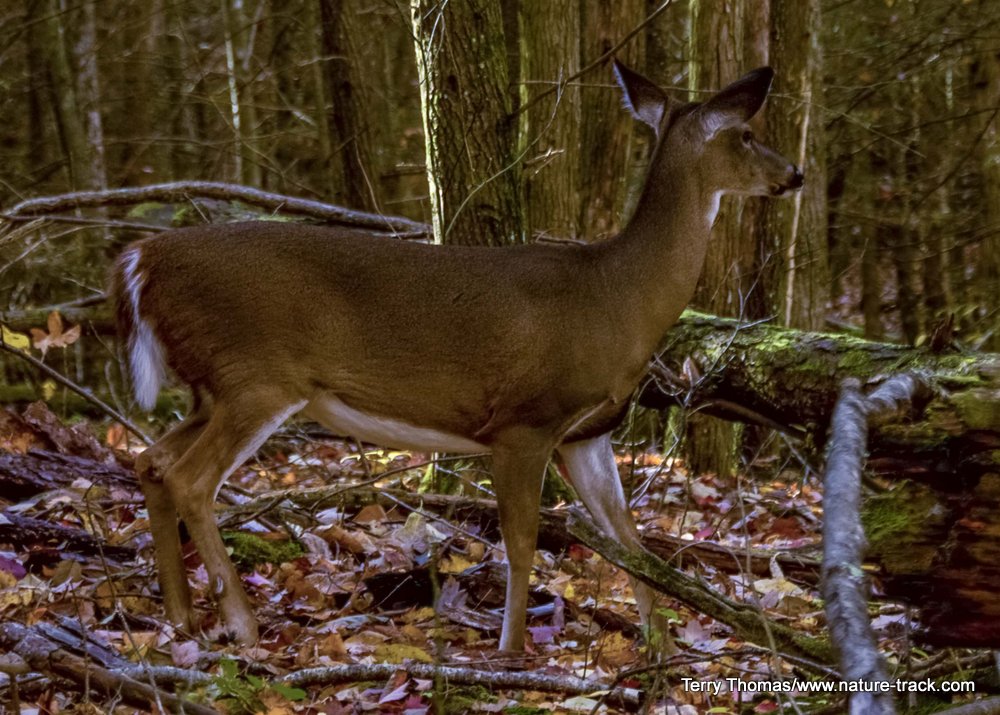 Wild animals are usually robust and healthy like this whitetail doe. Watch out for those that appear sick or act differently though.

I was only a few feet away when I noticed the chipmunk in my driveway.  They are usually skittish of my approach, but this one didn’t flee for its life. Instead, it sat on all fours, back humped up and eyes closed. I knelt for a closer look and spoke softly to it and it still didn’t move. It definitely looked sick and I wondered if it had gotten in to some chemical in the garage.

Over the next 30 minutes or so, I kept an eye on the little fellow as he maneuvered a few feet in one direction and then another, always slowly and appearing to be in great pain. I finally decided that it likely felt terribly vulnerable in the middle of the gravel so I grabbed a shovel, and careful not to touch it, slid it onto the shovel and moved it next to some rocks for cover. I then pretty much forgot about the chipmunk for a couple of days. When I went to check, it was gone. I wondered if it had recovered or if the red fox I had seen the night before had made a meal of it.

I will never know what affliction ailed the chipmunk, but I was careful because something was definitely wrong. There are a few rules we should all follow when dealing with animals that appear sick or act strangely.

Touching an animal that is obviously sick is foolish in several ways. First, contagions can pass from the sick animal to humans. Second, although the animal appears incapacitated, it may have enough energy to bite you even through gloves, adding injury and a potential for direct contamination. Third, pests such as ticks and fleas quickly abandon animals that are losing body temperature, looking to hitch a ride on the next warm-blooded critter, you. These tiny creatures carry diseases such as Lyme and Rocky Mountain Spotted Fever, dangerous to humans.

It is often easy to tell if an animal is sick. Hair or feathers may be matted and/or soiled and rough looking or the animal may look emaciated. Fluid discharges from mouth, nose or anus are warning signs and lesions and hair loss are also indicative of ill health.

Odd behavior is usually a giveaway. With almost all animals except grizzly bears and some park animals habituated to humans, animals usually flee from humans. When they don’t, they are either sick or protecting young, both of which are dangerous situations.

Hunters may also occasionally harvest an animal that appears healthy but may exhibit morbidity, such as internal infection or parasites, upon butchering. I use gloves for field butchering in case I encounter something strange. If you do find that the animal is sick and inedible, you can turn in the carcass (including antlers and hide) and receive a new tag from a Fish and Game office.

Wild animals are tough critters, with constitutions refined and honed by millennia of survival pressures. Most are robust and healthy, but it is smart to stay alert and not take chances.