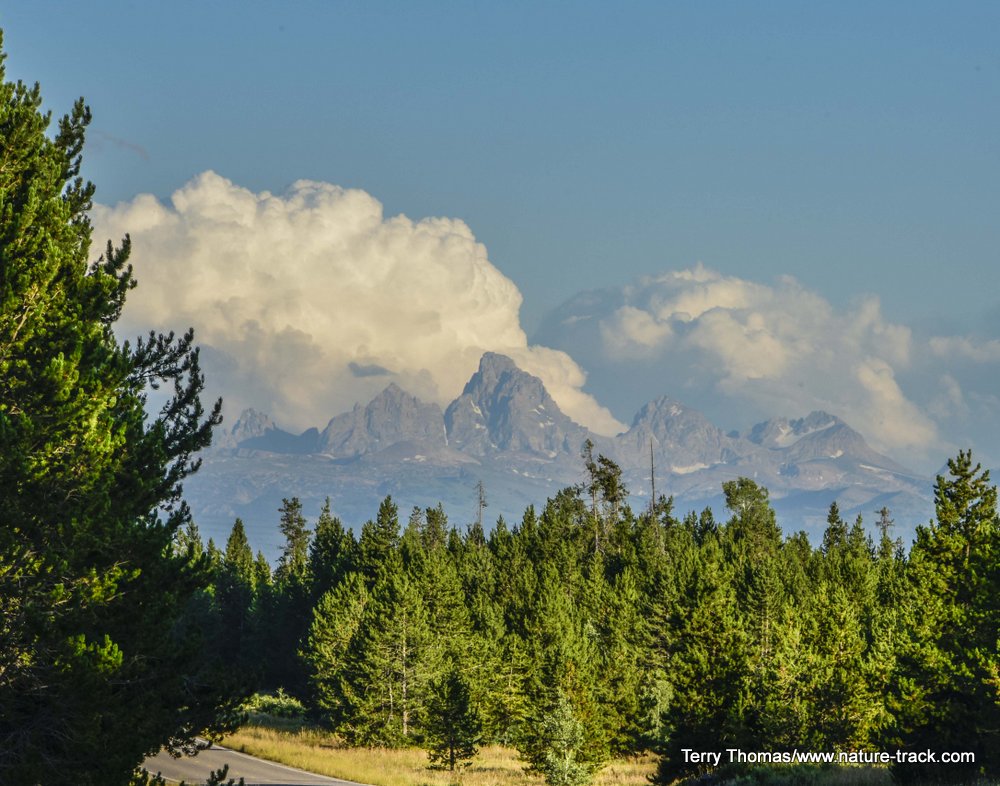 Thunderclouds build on a warm August afternoon dwarfing the Teton Range. With enough updraft and moisture, this could turn into a thunderstorm.

I recently passed the Federal Aviation Administration test that qualifies me as a licensed aerial drone pilot, allowing me to fly commercial ventures. This test is not easy, requiring much of the knowledge a prospective pilot learns in ground school. Some of it was pretty boring, but the weather section was a fascinating education.

Thunderstorms were particularly interesting. Although thunderstorms can happen any time of year, they are by far most common in the spring and summer months, especially in afternoon and evening. That is because a key ingredient in the thunderstorm recipe is heat. As the surface of the earth heats up, warm air begins to rise. An updraft, an essential component in the formation of a thundercloud, begins when warm air is given a nudge upward by something like a hill. Once the updraft is started, it grows and collects moisture as it rises up into cooler air.

As the warm air rises it cools and the moisture condenses. Towering cumulus clouds build and once they finally encounter freezing temperatures, usually around three miles above the surface, they continue to grow as cumulonimbus clouds that can tower over 11 miles, or nearly twice the height of Mount Everest, into the sky. This is the mature stage of a thundercloud and is when the heaviest lightning, rain and hail occur. Gusty winds accompany it as the falling precipitation generates a downdraft.

For pilots, cumulonimbus clouds are bad news. Trying to fly through one might be like flying through a blender because all is constant turmoil inside the cloud. Warm air continues to rise, moisture condenses and falls only to be caught once again in an updraft and carried back up. If this moisture is frozen, it may collect supercooled water droplets and grow until it is too heavy for the updraft to lift. Then if falls as hail.

Even electrons and protons are busy. As ice particles collide, electrical charges build, and when the charge is strong enough, the energy is released as lightning.

When enough moisture falls, the downdraft equals then exceeds the updraft and the thundercloud enters into the dissipation phase. Remaining moisture will fall and lightning is still a hazard, but the cloud structure softens and eventually everything returns to normal.

There are four different types of thunderclouds. Single-cell thunderstorms are small, localized storms that build and dissipate within an hour or so. These are the clouds we see forming on many August afternoons and may produce brief heavy rain and lightning.

A multi-cell storm is made of individual cells which may last only 30-60 minutes but new updrafts continually form along the leading edge of rain-cooled air. As new thunder cells are continuously born, a multi-cell storm may last for hours.

A squall line is a continuous line of thunderstorms. These are a particular hazard for pilots because, while they may only be 10-20 miles deep, they may extend for several hundred miles and can be difficult to fly around.

A supercell thunderstorm is the most dangerous. These are long-lived storms (over an hour) that are well organized around a tilted rotating updraft. Tornadoes are common in supercell storms and are small manifestations of the larger spinning storm.

I have always loved thunderstorms. They can turn our carefully crafted world into a shambles in literally minutes. They make me feel small and insignificant, a reminder that despite our arrogance, we are still at the mercy of elements we can’t control. I like that.