What is That
(and why knowing is important) 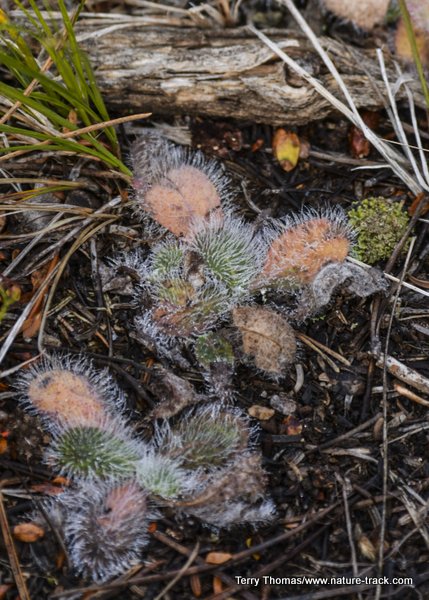 Knowing that this tiny plant is actually the carnivorous common sundew adds immensely to my satisfaction as a naturalist.

As summer wildflowers are in full bloom in Island Park, I have been spending a little time trying to identify them with a new field guide, Wildflowers of Island Park, by Penny Walbom. For me, part of the fun of outdoor exploration is being able to identify, by name, things I see.

This is not always easy, and there are some things that I have given up on. Raptors will always be my nemesis, and other than the easy ones such as bald eagles, ospreys, kestrels and Northern harriers, I seldom get 50 percent of my guesses, yes, guesses, right. Grasses are another group that I have a tenuous grasp on. There are many of them and determining species often requires a handlens, a field guide, tons of practice and more than a little guesswork. I am usually happy just to get them in the right family.

Identifying an animal, plant or fungus to species is often a challenging task even for those trained in taxonomy. There are so many different species that few field guides or even University references can include them all. Within groups, there are often many species choices—paintbrushes, asters, fleabanes, lupines and penstemons in the wildflowers come easily to mind here. The species are often similar.

In addition, there are often gradients among species. Take the common Red-tailed Hawk, for instance. There are Eastern, Western  and Southwestern birds all with subtle but real differences. There are light (color) morphs, dark morphs and intermediate morphs. The Western birds are also subdivided by what some birders call Harlan’s hawks, which are very dark, almost black. And don’t forget the juveniles, which can look very different from the adults.

Closely related species can often interbreed, creating viable offspring that in turn can breed. Almost all domestic ducks, for instance, came from the mallard. If you are in an area where two species might interbreed, it really can be challenging to determine exactly what you are looking at.

Becoming proficient at identification requires patience and attention to detail. Both of these are often my undoing as I tend to become captivated by the overall appearance of, say, a flower or butterfly, and forget to look for the small details that might separate it from other species. Lack of patience is just a character flaw that I won’t be defeating any time soon.

Tools for the aspiring taxonomist may depend upon the type of plant or animal being studied. For almost everything, a 10X handlens and a good field guide are the bare minimum equipment. As you get more serious, dichotomous keys, charts where you answer a series of present-absent questions about the subject, such as the initial key from  my Key to the Skulls of North American Mammals: teeth present/teeth absent, can be helpful. The descriptions often get more complex the deeper into the key you go.

Since no single field guide can cover all the species in a given area, more than one guide may be required. It is also a good idea to look at more than one reference when you have a difficult subject to identify. For wildflowers, I have two phone apps and over a dozen field guides for different areas and plant types such as desert shrubs, riparian plants and cacti. Many of these start with, “Common Plants of...”, indicating that you aren’t going to find the lesser known ones in that reference. I have specific field guides for mollusks, ground squirrels, mammals, birds, poisonous and venomous animals, mammal tracks, bird tracks and bird feathers and desk references for mammal skulls, aquatic insects and terrestrial insects. Now, if I only knew what was in them all!

This all proves that the study of nature is a lifelong pursuit, not one that can be quickly conquered and set aside. I hope to be learning new things until the day I exit this wonderful world.