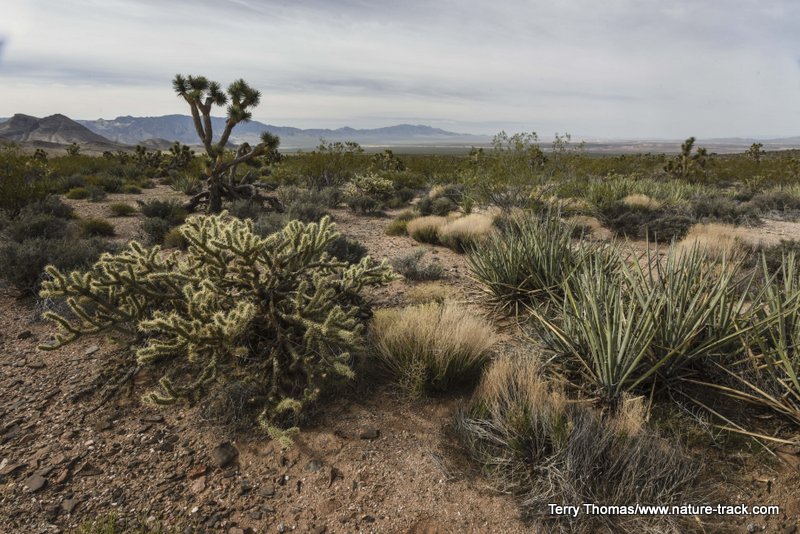 The Mojave Desert is a place of incredible and fragile beauty. It is anything but an empty wasteland.

Crossing into the Mojave Desert at St. George, Utah was like entering a different country. It could have been Australia or North Africa or maybe Madagascar, it seemed so different. Not only was the landscape foreign, but the plants and even the wildlife were unique and amazing. Most decidedly, we were not in Idaho anymore.

The Mojave Desert is one of four official deserts in North America. The others are: The Chihuahuan, the Sonoran and the Great Basin deserts. Only the Great Basin Desert reaches into Idaho.

People usually assume that deserts have similar characteristics. The average person would likely describe a desert as hot, dry, full of sand and cactus. Those broad generalizations only hold for a few deserts. There are deserts that are frigidly cold like the deserts of Antarctica, deserts by the ocean like Chile’s Atacama Desert and others that hardly have a cactus or sand.

Scientists define a desert based on the most commonly used system for delineating climates, the Köppen system. Under this system, an area is a desert if the annual precipitation is exceeded by the annual water loss. For instance, Parts of the Mojave Desert receive only 3.5 inches of precipitation a year. However, because of the hot dry air, the annual loss of moisture would exceed 6 feet if that much water were available.

Why are certain areas deserts? One reason has to do with global weather patterns. At about 25 degrees latitude on both sides of the equator, high pressure systems allow high ground heating with little humidity. The Sahara and Kalahari deserts of the African continent are examples.

With so little water available, plants and animals in desert environments have had to develop strategies that either conserve water or reduce their need for it or both. Cacti thrive in some deserts because their modified stems can store plenty of water. The Joshua Tree has roots that can extend over 35 feet deep.

Growth is slow in a desert and browsing can sometimes kill a plant. Many desert plants are armored with sharp spines, points and other defenses. Others contain poisonous toxins.

Some desert plants only grow and bloom when conditions are right. In Death Valley National Park, many flowers wait for rare abundant winter moisture (about once every ten years) and when it comes, flower blooms can literally carpet the ground in what is called a super bloom.

Desert animals are also adapted to the aridity of the desert. Since surface water is often at a premium, desert-adapted animals typically obtain much of their moisture from the foods they eat. They use behavioral modifications such as feeding at night when it is cooler, live underground and may recycle and concentrate urine.

The Great Basin Desert, of which Idaho deserts are a part of, is referred to as a high desert, both because it is the highest elevation desert of North America and because it is also the most northerly in latitude. In high mountain deserts, much of the moisture occurs during the winter in the form of snow.

The one thing deserts are not, is empty vacant wasteland. They are full of very specialized lifeforms in what is often a brutal but fragile environment. If you spend time in them, you may find deserts more  diverse and enchanting than you thought possible.