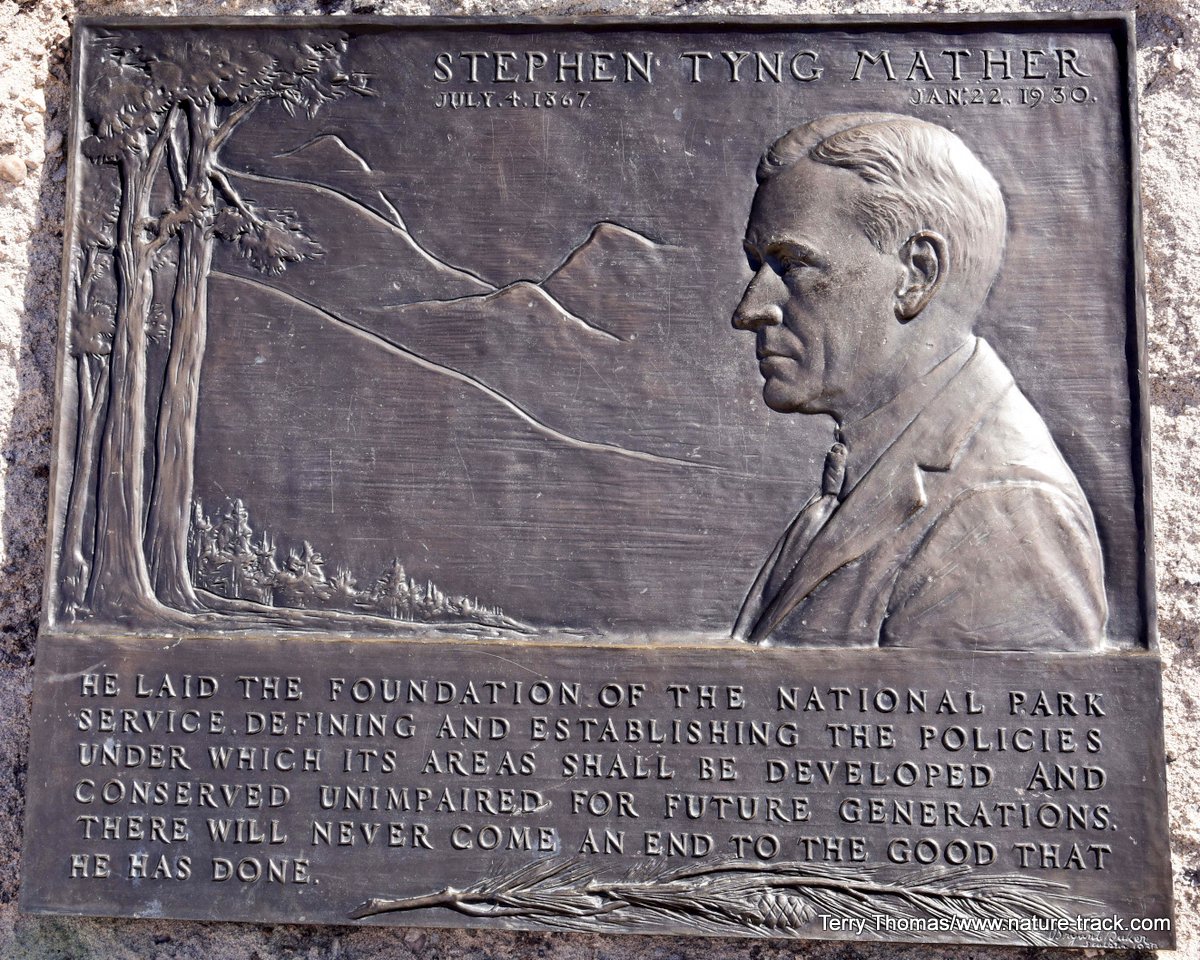 While visiting Petrified Forest National Park in Arizona, we found this plaque, a common one in national parks.

Conservation’s all-stars are often unlikely heroes. They may be artists like John Audubon whose drawings inspired many thousands, or Jay “Ding” Darling, a cartoonist by trade, but who later became Chief of the Bureau of Biological Survey, predecessor of the U.S Fish & Wildlife Service, immigrants such as John Muir, who fathered an entire conservation movement called the Sierra Club, or authors like Rachel Carson, whose prose inspired civilian and government action against pesticides that were poisoning our world.

Many national parks and monuments can trace their roots directly to the efforts of a particular person who, inspired by a singular place, fought doggedly, often against great odds, so others could be inspired as well. One such hero was Jim White, who as a teenager, descended on a rope into a hidden hole in the Earth only to discover what is now known as Carlsbad Caverns. He fought for many years to get park protection for the area. Another was Marjory Stoneman Douglas. According to the National Wildlife Federation’s, Conservation Hall of Fame, “In the 1920s, Douglas wrote editorials urging Everglades protections, and in the 1930s and 1940s, she lobbied on the state and federal level for designation of the area as a national park. But it was the publication of her now-famous book, The Everglades: River of Grass, in 1947 that transformed the national consciousness. Later that year, she watched as an honored guest while President Truman dedicated Everglades National Park.”

One hero, one you may not have heard of, was Stephen Tyng Mather. Mather was born on July 4th, 1867, two years after the end of the Civil War. A skilled businessman, by his mid-thirties, as president of the Thorkildsen-Mather Borax Company, he branded the 20-Mule-Team logo and brought the company to the top of the industry becoming a multi-millionaire in the process.

Mather always enjoyed the outdoors and often sought solitude there for persistent bouts of depression. He joined the Sierra Club and visited national parks whenever he could.

The story goes that in 1914, dismayed at the conditions he found in several national parks, he wrote to Washington with his complaints. Franklin Lane, Secretary of the Department of the Interior, wrote back, "Dear Steve, If you don't like the way the parks are being run, come on down to Washington and run them yourself."

Mather did just that, and was appointed assistant Interior Secretary. He immediately began lobbying for an agency dedicated to the management of national parks. On August 25, 1916, President Woodrow Wilson signed the bill authorizing the National Park Service. The following April, Mather was appointed as its first director. Critics might think that Mather was just feathering his nest with a cushy federal job, but as a millionaire, he didn’t need the money and even donated land, sponsored research and paid salaries on occasion.

For 12 years, Mather led the National Park Service, nearly doubling the acres within the system with a careful plan. He wanted each park to be a jewel. He carefully selected the most scenic of locations. Proposals that were similar to existing parks were better managed by someone else, in his view.

But the parks he added are not really his greatest contribution. He set lasting policies on how scenic, cultural and historic resources were to be managed for enjoyment of the people but without impairment for future generations, developed the concessionaire system to allow for limited services inside parks and initiated the interpretive system to explain to visitors what they were seeing. He laid the foundation for all future management and is largely responsible for how national parks are today.

Virtually every park we have visited has memorials to Stephen T. Mather in the form of visitor centers, mountains, canyons, roads or other facilities named in his honor. The National Parks Conservation Association’s highest honor is the Stephen T. Mather Award. The greatest honor in my mind though, was the final words on a large bronze plaque that can be found in many national parks and monuments: “There will never come an end to the good that he has done.” Not many people can make that claim.