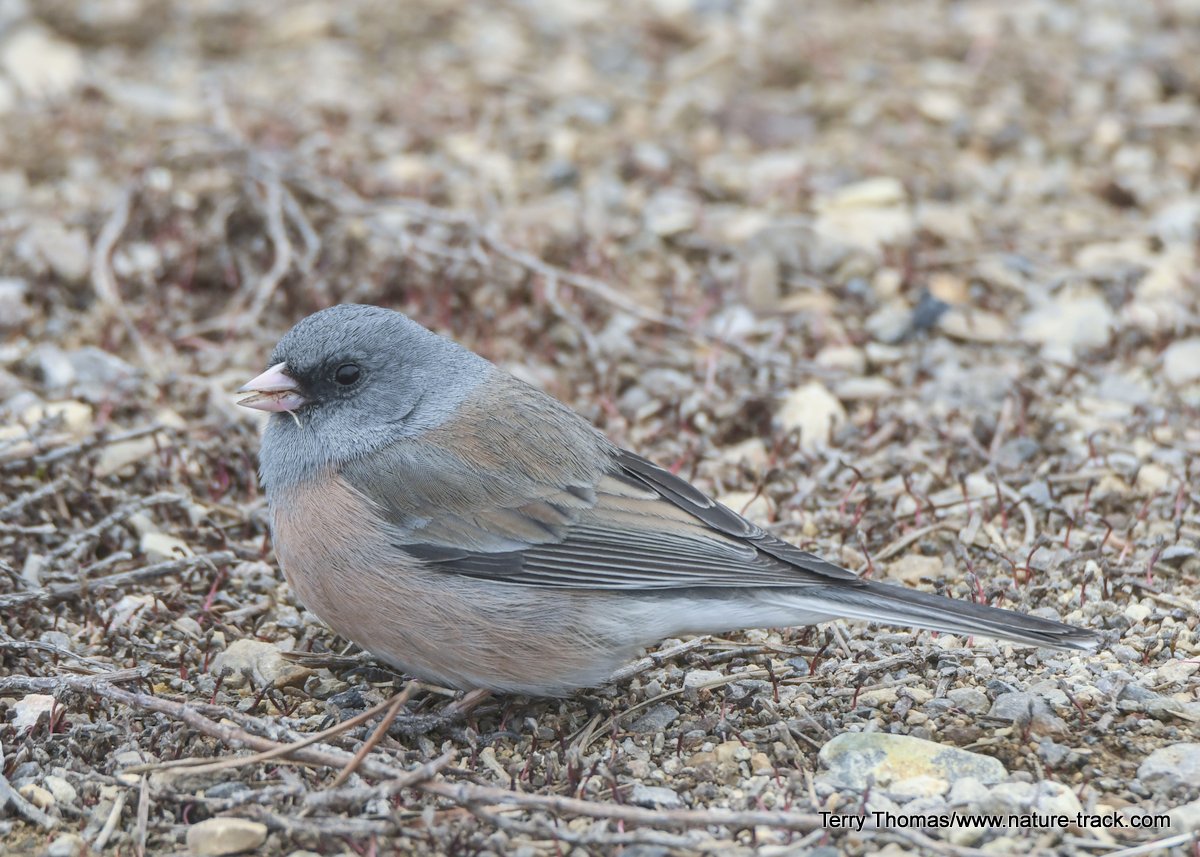 We saw a flock of pink-sided dark-eyed juncos in Island Park the day we returned from a trip to Arizona and Texas.

There are times in life when you just have to thumb your nose to rules established by others. That was how my wife felt while sitting at a birdfeeder in Portal, Arizona. She was going for a “big month” and with three different sub-species of dark-eyed juncos right in front of us, she felt she should be able to add all three to her list. I opined that it was her list and rules established by some birding organization were really more like guidelines (thank you Captain Barbosa).

Dark-eyed juncos can really bolster a life list or a big year if all the subspecies are counted (rules be danged). Arguably, there are 15 subspecies, although considerable and lively debate continues about whether or not they should still be considered five distinct species.

Undoubtedly, you have seen juncos, lots of them, as they are one of the most abundant forest birds. Two hundred years ago, John James Audubon penned this about the dark-eyed junco, “There is not an individual in the Union who does not know the little Snow-bird.” They are still often referred to as snowbirds for their propensity to show up around bird feeders just about the time snow begins to fall.

With 15 sub-species, it is easy to assume that there is a lot of variability. So, how do you know if you have seen a dark-eyed junco? Start with what they all have in common. They all have darker upper parts and a lighter belly, a light-colored, pinkish bill, and white outer tail feathers that flash like banners when they fly. Dark-eyed juncos forage on the ground hunting for seeds. They hop rather than walk when on the ground and are usually in flocks of a few too many.

To further confound identification, wherever subspecies ranges overlap, there is plenty of inter-breeding going on creating even more variation. A good field guide is helpful in determining the subspecies, but good luck with the hybrids. In that case, it is just fine to call the intermediate birds just dark-eyed juncos and let it go at that.

In the 1970’s, the American Ornithologists' Union (AOU) combined the five dark-eyed junco species (not including the yellow-eyed junco), based on the then most current scientific data. According to the American Bird Conservancy, “The AOU then subdivided the newly created species into separate groups, each with its previous common and scientific names: Slate-colored Junco (hyemalis); White-winged Junco (aikeni); Oregon Junco (oreganus); Gray-headed Junco (caniceps); and Guadalupe Junco (insularis).” Around 2016, the endangered Guadalupe junco was returned to full species designation.

The dark-eyed junco is actually part of the new world sparrow group and between the 15 subspecies is one of the most widespread birds in North America. Populations thrive from the Arctic to Central Mexico and pretty much coast to coast. As forest birds, during the summer they are often found in more mountainous habitats, but during the winter months they can show up just about anywhere, especially around bird feeders. In fact, they are one of the most common species reported in the citizen-driven, Project Feeder Watch.

Despite being one of the most common birds in North America with an estimated population of 630 million, “the North American Breeding Bird Survey reports that populations declined by about 0.7% per year between 1966 and 2019, resulting in a cumulative decline of 31% (allaboutbirds.org).” They are frequent victims of collisions with windows and habitat loss has taken a toll as well.

I am glad my wife made an executive decision to count each of the different subspecies of dark-eyed junco we see. It makes me observe more closely and that is a good thing.