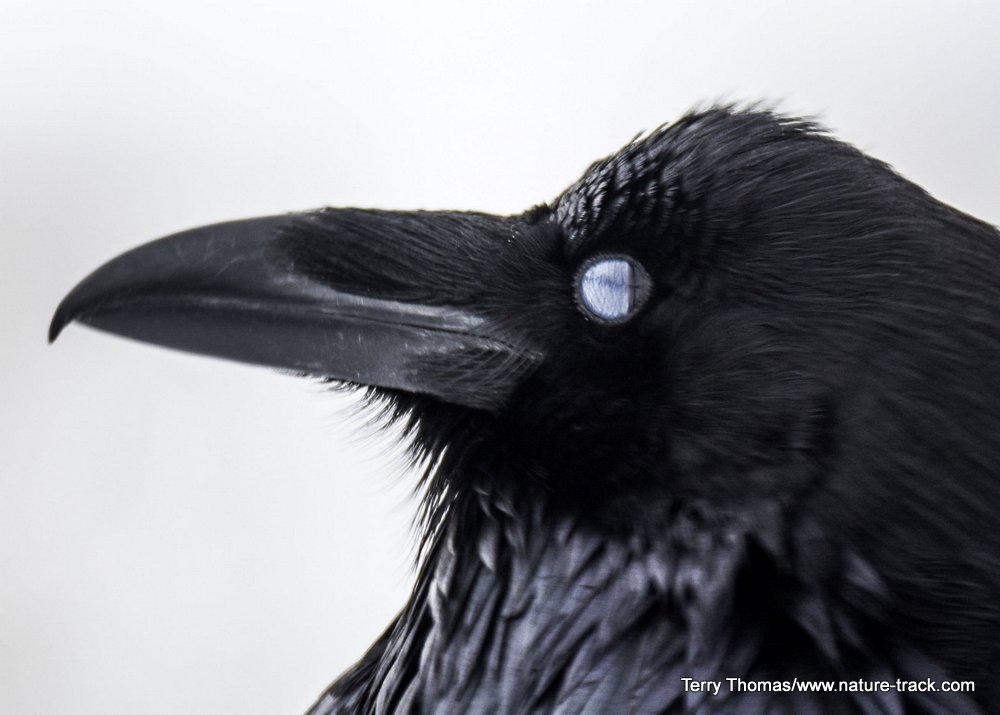 This raven shows a nictitating membrane that is mostly closed.

The dang nail, driven deep into a concrete wall, just wouldn’t come out. With youthful exuberance, I worked at it, bending it one way, then the other, hoping to fatigue the high strength steel. I succeeded far better than I hoped and with a snap, the nail broke at the edge of the concrete and like a projectile from a Red Rider BB gun, shot straight for my right eye. Fortunately, my eyeglasses, something I have cussed since Kindergarten, absorbed the blow. The nail left a huge nick dead center in the glass, but my eye was safe. Grateful not to have lost an eye, I stopped complaining about wearing glasses after that.

There are few species for which vision is not essential for survival. Some bats, moles, cave dwellers and humans are exceptions, but the rule still holds for the vast majority of species—lose your eyes, lose your life.

With something so critical, it seems reasonable to assume that nature has provided something like my eyeglasses to help animals protect their eyes from environmental hazards. Sure, most of us have eyelids, but when they are closed, vision ceases. A prizefighter will tell you that you will win few fights with your eyes closed, so that isn’t a great option.

Although humans don’t have a nictitating membrane, we can take steps to protect our eyes. Protective lenses, often called safety glasses, can save our eyesight and like the birds, we can choose whether or not to use them.