Invaders on our Shores 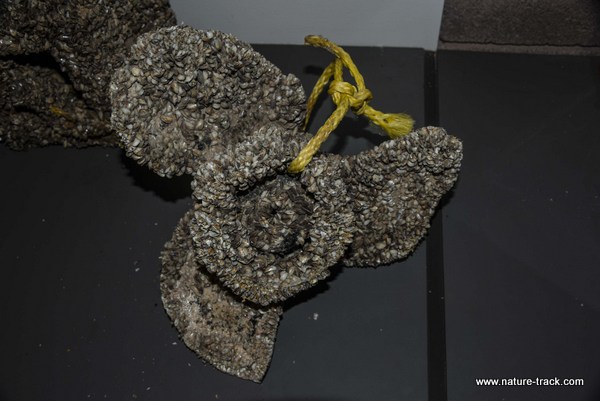 Quagga mussels have totally fouled this propeller found on a boat in Lake Mead.


I was at the decontamination station at Glen Canyon’s Lake Powell a few weeks ago. The technician inspected boats to ensure that no invasive quagga mussels were leaving the lake to be potentially deposited in another waterbody. A few boat owners were waiting somewhat impatiently for the inspections to end so they could be on their way. There were a few comments about government wasting time and money.

I knew how they felt. When I take my canoe to Grand Teton National Park, I may be stopped at several checkpoints to ensure that my canoe is free of things like zebra and quagga mussels and plants like Eurasian milfoil and I have to pay a hefty non-resident inspection fee for the privilege.

It all seems like another ploy by government to squeeze a few more dollars from my already thin wallet and to harass me in yet another way.

But invasive aquatic species programs are anything but that. In fact, I would argue that the programs are not stringent enough. Paraphrasing Thoreau, we may be hacking at the leaves of this evil rather than striking at the root and we will ultimately pay a much higher price for that. It is not just another government program, it is an attempt to save our lakes and reservoirs from a devastating invader.

Quagga and zebra mussels are small bivalves, similar to clams. These invaders from the Ukraine arrived here in ship ballast tanks and were first discovered in Lake Erie in 1987. Just five years later, all the Great Lakes were infested with one species or both and the surge of infestation had spread to most lakes and rivers in the Mississippi River system.

These mussels are small—a quagga is the size of a human thumbnail and several zebra mussels can fit on a dime—yet their disruptive power is immense. Further, although they are different species, they function identically and I won’t differentiate from here forward.

These non-native mussels are a biological, recreational and economic disaster. They can reproduce at an unbelievable rate and that is a major part of the problem. Over a lifespan of five years, a female will have about 100,000 offspring that survive to adulthood. By the time she dies, her first generation will have billions of surviving offspring, her second generation, millions.

Biologically, they quickly ruin ecosystems. They filter a quart of water a day, efficiently removing everything from plankton to algae disrupting the food chain. Collectively, these mussels filter out so much algae that the water becomes more clear (that doesn’t equate to cleaner though). Clearer water improves light penetration and encourages more plants and changes species dominance further upsetting the balance. Their pseudofeces concentrates contaminants and releases them back into the system.

When numerous, mussel shells foul beaches forcing beachgoers to don footwear to avoid their sharp-edged shells. They can adhere to almost any substrate and foul boat props and plug water intake lines.  Economically, in a five-year period, zebra mussels cost the power industry $3.1 billion by blocking pipelines, screens and other equipment. Utah estimates that if mussels get established there, it will cost the state at least $15 million annually.

Quagga mussels were found in Lake Mead in 2007 and Lake Powell in 2012.  It is gratifying to look at current distribution maps of zebra and quagga mussels and find no red dots on Idaho. With diligence it will stay that way but diligence will mean more than a government program. As the boating season heats up, boat owners must take this seriously and proactively clean their boats and trailers. This is war and it needs to be treated as such.