Geology is Basic to Life 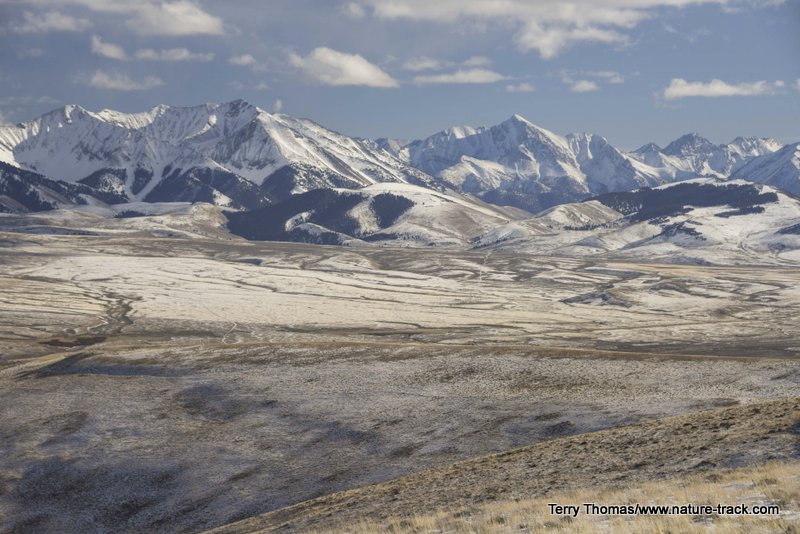 Rugged mountains, such as these near Challis, and other geologic features are the underpinning to life on earth. The sciences of geology and biology are intertwined.

When I was in college studying wildlife management, inanimate things like rocks didn’t have much appeal to me. I was enthralled by beautiful gems and minerals as much as the next guy, but I just didn’t see the need to fully understand the science of geology to do my job. I liked living things.

Over time, I began to realize that understanding biology requires a solid education in geology.

Rock and the formation of at least the skin of this boulder we call Earth and the processes that created that skin, are important underpinnings to the why’s of biology.

Here is a dictionary definition of geology: “the science that deals with the physical history of the earth, the rocks of which it is composed, and the physical changes which the earth has undergone and is currently undergoing.”

In Idaho there are 13 Geologic Regions with names such as, Challis Volcanics, Snake River Plain and Idaho Batholith. These are broad regions that fit together like puzzle pieces, and of course aren’t restricted by political boundaries. The geology of the state is far more complex than these 13 regions might suggest, but these are the basis of the rest.

One of the most fascinating things about geology is the manner in which these different areas formed.  Because of tectonic plate collisions millions of years ago, we have the Rocky Mountains and other mountain chains. Through a stretching of the Earth’s crust along fault lines, repeating valleys with parallel mountain ranges, called basin and range (Big Lost, Little Lost and Birch Creek drainages are part of the Basin and Range Geologic Region) were created when the stretching crust caused the valley portions to fall, leaving the mountain portions. In Idaho in particular, volcanism played a huge role. Craters of the Moon National Monument is a current example of what much of Idaho looked like long ago.

I suppose you could say that function—biology—follows form—geology. The form of the earth determines climate on local scales. It dictates or blocks migration pathways. Soils are built from weathering rock and determine to a degree what will and will not grow in an area. New mountains such as the Tetons support a much different type of animal and plant life than mountains, such as the Great Smoky Mountains of Tennessee, that are millions of years older.

Life in turn, also changes the geology in substantial ways. For instance, plant roots accelerate the weathering of rock into finer pieces and eventually into soil. Plant roots also slow the process of erosion, influencing how and where land changes occur. The production of oxygen and the carbon dioxide change the atmosphere which changes climate and influences the entire cycle.

The recognition that biology is dramatically influenced by geology is being recognized on the university level. Brown University offers a degree, Geology-Biology, that, “involves study of the interactions of the Earth and its hydrosphere and atmosphere with the great diversity of life forms, and how they have evolved and influenced one another over the entire history of the Earth.”

Geology and the life sciences are intertwined, with life depending far more on geology than geology on life. The better biologists understand geologic processes, the better they will understand biology.