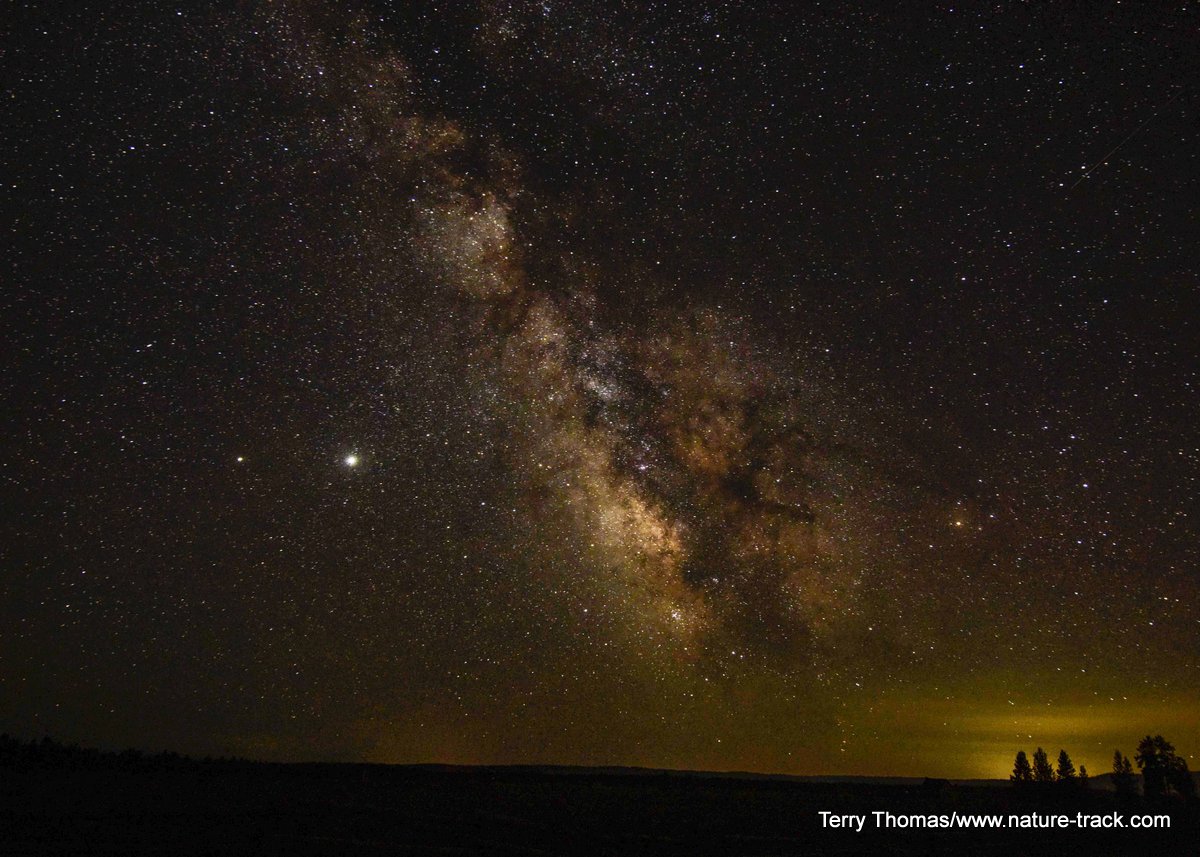 For 83 percent of the world, seeing the Milky Way isn’t an option because of light pollution.

When I photograph the night sky on a moonless night, I have to leave the camera shutter open for around 20 seconds. Any more than that and the rotation of the Earth will cause the stars to be lines, not points of light. In those 20 seconds, the light from stars I cannot even see with my eye builds and registers on the camera sensor, and the final image shows far more stars than I can see. Often, there are so many “unseen” stars that I cannot determine the shape of the constellations in the image, leaving me astounded at the vastness of the universe.

Over the past several months, we have been in places designated as Dark Sky Areas—Big Bend National Park, Texas, Portal, Arizona and Oklahoma’s Black Mesa State Park to name a few. These are areas where the environment contributes so little human-caused light that the universe is once again visible in its entirety—pretty much the polar opposite of cities. It is amazing/shocking at what most of us are missing.

In most places, night skies are fading because of light pollution. What is light pollution? Essentially, any artificial light that isn’t needed for us to function safely at night. There is a lot more of that than you might suppose. I have heard of a person in Island Park who leaves his lights on 24-7-365 even though he only visits a few times a year. That is light pollution. But it is much more than that. Most lights are inefficient, are adjusted improperly, are poorly shielded or just plainly unnecessary. The result is that much of that light spills into the night sky instead of illuminating what it was intended to light. A more classic example is to drive toward Las Vegas, Nevada at night. The first time we did this, we could see the glow of the city from 100 miles away and I was stunned by the incredible brightness of the light pouring out into space and how it impacted what stars we could see.

There are consequences to lighting the night sky. For wildlife, the night is like a separate habitat. Creatures forage at night to reduce predation. Predators adapt to this and hunt at night. Excess light upsets this balance.

Many birds and insects migrate or navigate at night, using the stars to guide them. We are familiar with the loggerhead turtle hatchlings on Florida beaches. They are attracted to city lights more strongly than to the light of the normally brighter horizon and head inland to their demise instead of to the sea. That is just one of many examples. Too much light at night also attracts and kills insects and disorients birds, causing them to fly into buildings.

Humans are also affected by too much artificial light. Artificial light at night can alter our own circadian rhythms and suppress the production of the hormone, melatonin. This hormone serves us in many ways including antioxidant properties, inducing sleep, boosting the immune system and lowering cholesterol.

April 22-30 is designated as Dark Sky Week (slightly longer than a week) to educate us on what we can do to reduce light pollution. There are a lot of steps that can be taken, but the International Dark Sky Association lists these five attributes of good lighting that will produce a minimum of pollution. Lights should: only be on when needed, only light the area that needs it, be no brighter than necessary, minimize blue light emissions and be fully shielded (pointing downward and covered on top and sides).

You can learn a lot more about how to properly use light at night and find night sky-friendly fixtures approved by the IDSA by visiting: https://www.darksky.org/our-work/lighting/lighting-for-industry/fsa/fsa-products/. After that, take some time during Dark Sky Week to look deeply into the darkest sky you can find. You may see more than you imagined.